The project was interested in creating a model to assess past present and even future interventions for the conservation of stone monuments. A computer model was created such that all the factors that enter into a particular intervention plan are given a value and entered into a special table that calculates the incompatibility index for a conservation treatment. The Jordanian team worked with other partners in the project to implement this idea and test it on a site in Petra. In addition samples from Petra were analysed (see article Mortars ) Furthermore, a detailed study of weathering at the Djin Block No. 9 was conducted. This included visual assessment of the weathering, laboratory tests on Ordovician sandstone that is similar to the fabric of the fabric of the monument, XRF measurements of the elemental content of a limited area of the Eastern Facade as well as testing of stone hardeners on rocks of similar nature (see article Djin Block 9 ). It is noteworthy that water management around Nabataean tombs is a salient feature that often is found near important tombs. The possibility that this was a religious tradition cannot be ruled out. In the case of this monument two dams and water channels including clay piping are noted. The destruction of the water management system around the block has a lot to do with the degradation of the facades. Insolation was found to be the least factor to affect the facades. Water and wind cause the Southern and Eastern facades to be much more affected than the Western and Northern sides. Least affected is the northern side which is protected from wind by a small hill behind it. Serious damage is also caused by the mortar that was used to attach column capitals and stone insets (as a cornice). The tomb is carved in the middle of the rooftop of the block and thus it contributes seriously to the weathering damage as it holds rainwater for a very long time allowing heavy seepage of water into the rock pores. 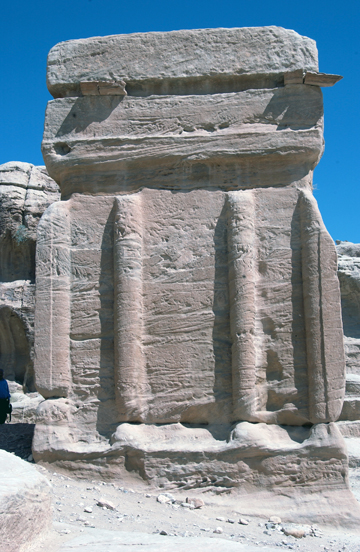 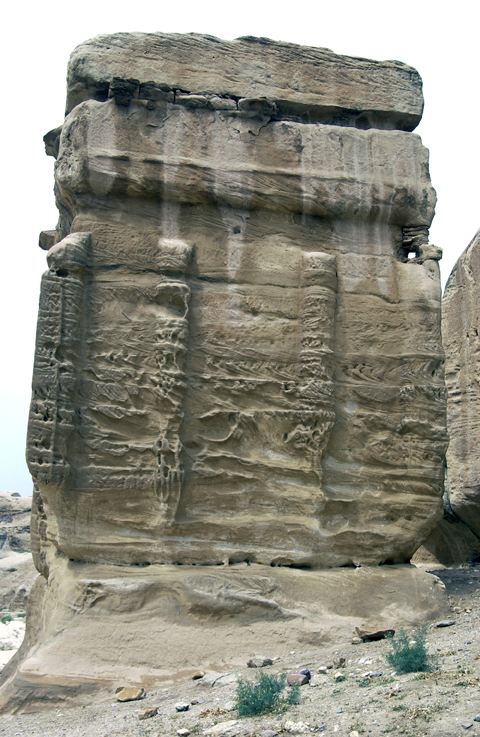 Jordanian Team on the Project: