In Jordan the Following System is used:

The pieces studied came from The following museums:

A typical example is the most elaborate earring in the Tawilan Hoard (near Petra) , it has additional decoration and is more complex in construction, the granules decorated the lower part of the tapered wire, triangular granules decorate the coiled wire and the top of the cylinder, and a cylinder made of rods of granules with no back sheet. (Petra Archaeological Museum):

Another example: gold scorpion amulet , the scorpion body engraved with a chisel, and flat grooved plate ring soldered to the back of the scorpion. Petra Tomb 813, dated to the 1st century AD, (Jordan Archaeological Museum) 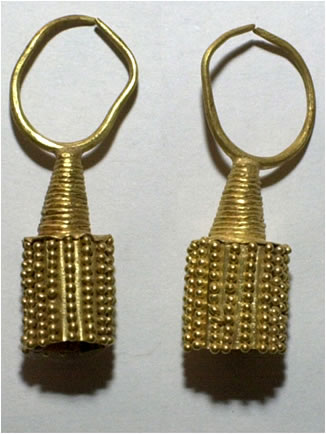 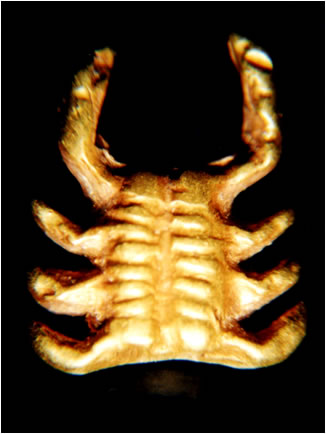