Identification, Recovery and Improvement of Ancient Mediterranean Ceramic Manufacturing Technologies for the Reproduction of Ceramic Artifacts of Archaeological Value

In this project several partners from the Mediterranean Region studied some of the finer ancient ceramic products. The staff and consultants from CulTech in Jordan studied some of the finer specimens of Nabataean painted ceramics excavated from Petra Jordan. Several analytical techniques were used to identify the material and paints on original samples of museum objects as well as sherds. The results confirmed that the origin of the clays used in the past came from Ain at-Tinneh a clay source that lies near the fountain by the same name. This facilitated the processing and preparation of the clays for turning. FTIR, SEM, polarized microscopy and XRF and several other techniques revealed that the analysis of recently fired samples of the clay matches with the characteristics of the ancient genuine objects. X-Ray tomaography revealed the special techniques utilized and the fact that wheel turning was used rather than any other previously suggested alternative production techniques. Several sources were used to mine clays and only this source as well as another nearby one could allow the production of very thin (2-3 mm) ceramic samples. It was also found that the low thickness be obtained by shaving extra thickness from the previously prepared products before firing. Slow drying of the samples was also necessary before painting and final firing. In Nabataean times reducing conditions were used to fire at around 800C as was confirmed by our results. Oxidizing conditions however were used to produce the same quality replicas. Cooperation with the National Hellenic Research Foundation and Thetis ceramic workshop (both in Athens) helped us in confirming these results.

The paints which range in colour from orange to deep red to greyish black were all reproduced successfully from the natural sandstones of Petra. It was found that the darker colours contained manganese in addition to the iron present in all pigments. Manganese could not be found in Petra and may have come from the nearby Finan area which has the famous copper mines of antiquity. Direct addition of manganese as a chemical helped us produce the darker paints.

The outcome of the project is that women at the already existing Taybeh Girls workshop were retrained to produce finer replicas of the ancient pieces thus enhancing their business opportunities which were suffering from low sales. High school students were invited to watch the production process and to attempt to create their own objects. 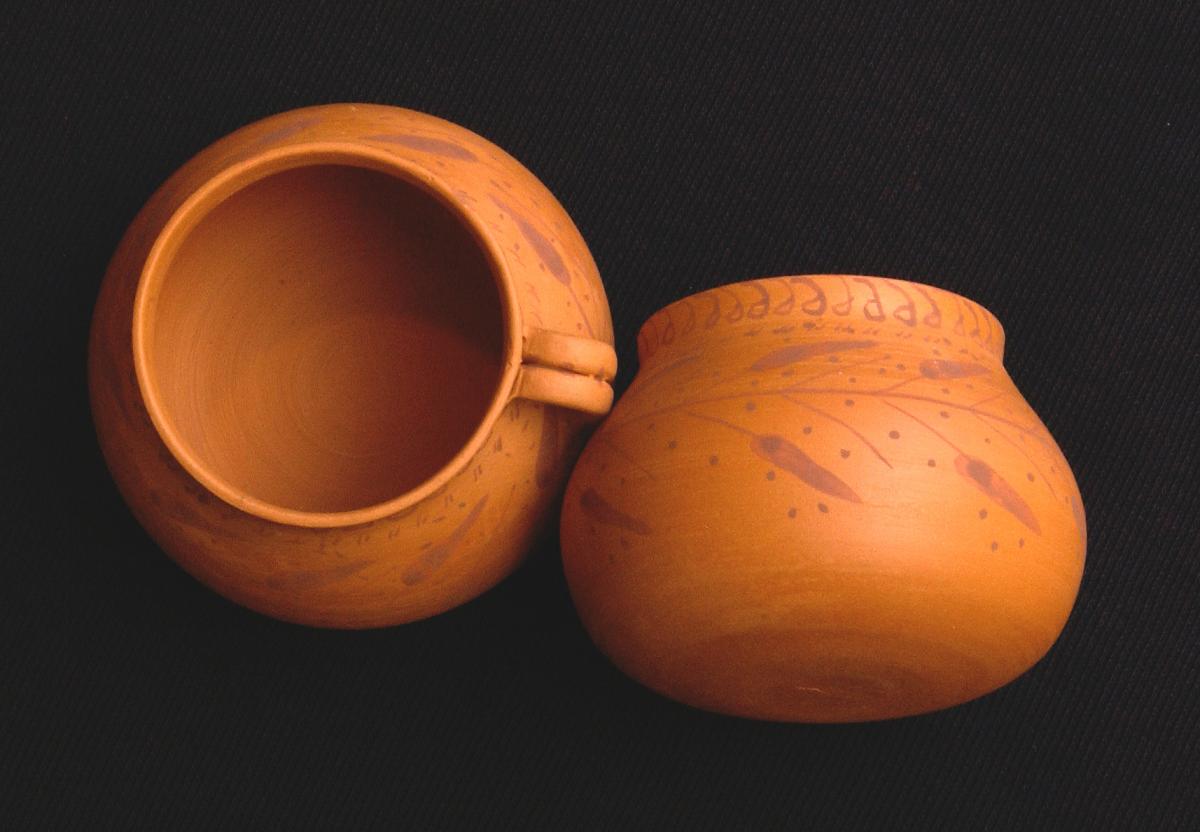 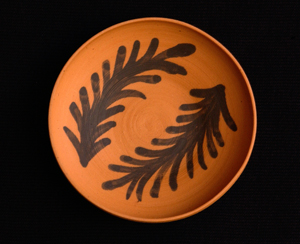 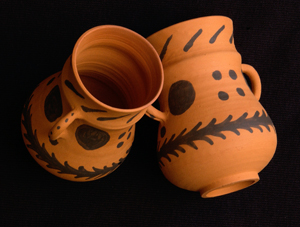 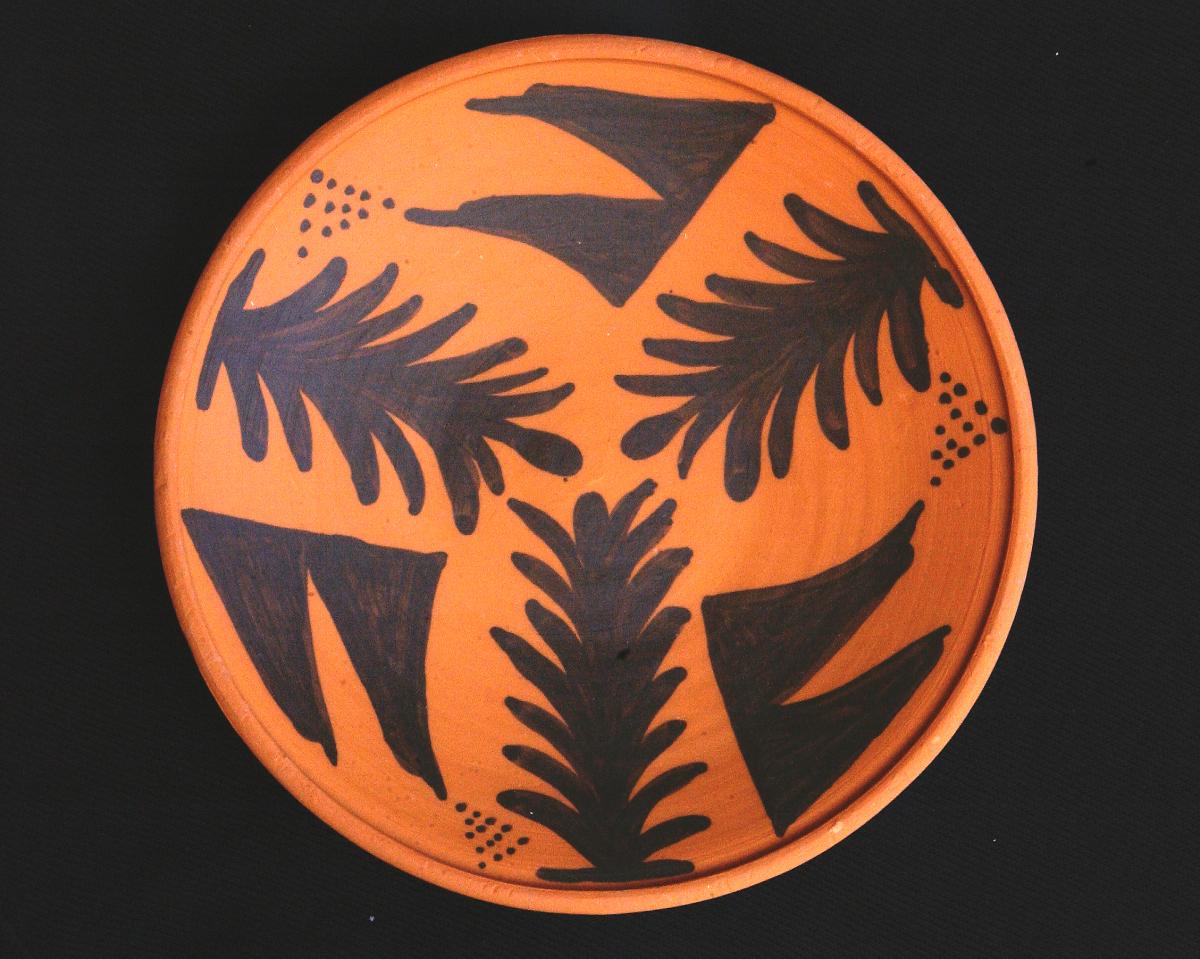 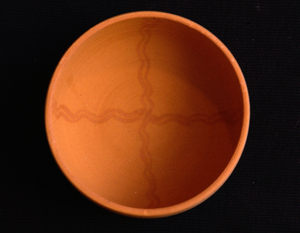 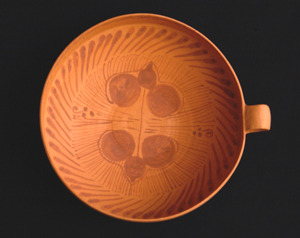